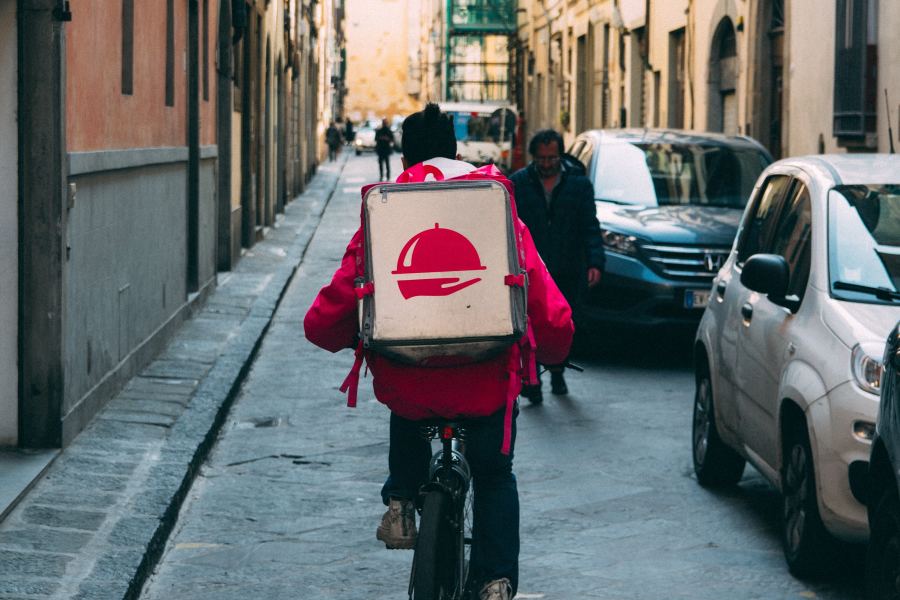 The gig economy’s loophole around workplace health and safety obligations might be closing.

In June last year, our article on developing trends in the “gig economy” accurately predicted that this was an area to watch for significant legal developments in the months to come.

This forecast manifested in the Fair Work Commission decision of Klooger v Foodora Australia, with the Commission finding that the applicant was both an employee of the food delivery service (now in administration), and that he was unfairly dismissed.

When summarising the decision, Commissioner Cambridge found that Klooger, who was apparently engaged under the contractor model (commonly found in gig economy platforms), was in fact an employee with all associated rights, including access to the Fair Work Act unfair dismissal provisions.

Who’s watching who? WHS in the gig economy

The Klooger decision will undoubtedly be the subject of considerable analysis as the developing gig economy and employment/industrial based framework (and claims arising from it) force employers to question: “what will employment in Australia look like in 2019 and beyond”?

One aspect at risk of being lost amidst the post-Klooger noise, is the potential for engagement structures (like those adopted by Foodora) to allow companies of this type to minimise or entirely avoid the obligations they might otherwise face under State and Federal work health and safety legislation. In Klooger, Commissioner Cambridge was keenly aware of the dark road which such a course could lead to if left unchecked, saying:

“Contracting and contracting out of work, are legitimate practices which are essential components of business and commercial activity in a modern industrialised economy. However, if the machinery that facilitates contracting out also provides considerable potential for the lowering, avoidance, and/or obfuscation of legal rights, responsibilities, or statutory and regulatory standards, as a matter of public interest, these arrangements should be subject to stringent scrutiny.”

At first, it would seem absurd to suggest that the quasi-commercial engagements proliferated by the gig economy could introduce a potential “loophole” to the obligations of a person conducting a business or undertaking (PCBU) under work health and safety legislation.

After all, in Australian jurisdictions that have adopted harmonised WHS laws (so not Victoria or Western Australia), it is clear that the legislation is designed to capture working relationships more broadly than the traditional concept of employment. The obligations placed on PCBUs to ensure that the health and safety of workers covers not just employees, but also contractor and subcontractor relationships.

However, as seems to be increasingly common, the rapid pace of modern enterprise facilitated by technological platforms appears poised to overwhelm the legislative protections designed to shield workers from risk, if proper measures are not put in place. This risk has already been identified by a Senate Committee enquiry into the future of work and workers in Australia.

Using Airtasker as an example, the committee was presented with the practical scenario of the gig platform enabling people to work in potentially dangerous industries without proper licensing, noting: “Given that the Airtasker platform includes electrical, plumbing and construction work, among other types of work, lack of licensing and appropriate regulation is of significant concern.”

When questioned by the Committee regarding Airtasker’s approach towards work health and safety matters, the response from CEO Tim Fung appears to create the exact kind of distance between the platform and those engaged to perform work through it.

Fung noted: “…if the environment provided for that person to work in was unsafe, then a lot of the responsibility would lie with the person who procured the work. In relation to that, there are different levels of insurance that are provided, such as home and contents insurance. Some of them provide cover for some of these trades; some of them don’t provide cover for these kinds of trades”.

The above indicates the possibility that (at the very least), the concept of a PCBU may need to be carefully considered in the fresh context of an entity that provides a platform through which workers are engaged; despite having no direct connection to or substantive interest in the work actually performed.

What’s best for the gig economy?

Gig economy platforms may rally against the obligations otherwise imposed on “traditional” PCBUs under WHS legislation. However, these enterprises should ultimately ask themselves one important question — what is there to be gained from this approach?

In a society which increasingly regards the health and safety of workers as a key priority, any perceived attempt to avoid such duties will likely attract significant criticism.

If we take a pragmatic view of the issue, it is clear from the Commissioner’s comments that an approach to work health and safety which actively seeks to circumvent such obligations may lead courts and tribunals to more willingly characterise engagement models used by gig economy platforms as more traditional employment relationships, to ensure such obligations more clearly apply, leading to even more headaches of the Klooger type.

Foodora has until 7 December 2018 to appeal the first instance decision of the Commission.

This article is part of a regular employment law column series for HRM Online by Workplace Relations & Safety Partner Aaron Goonrey and Lawyer Adam Battagello. It was first published in HRM Online on 22 November 2018. The HRM Online version of this article is available here.