The NSW Health Care Complaints Commission (HCCC) has been successful in applying to the Civil and Administrative Tribunal (Tribunal) to find a chiropractor guilty of unsatisfactory professional conduct and professional misconduct, with subsequent cancellation of his registration.

Disciplinary proceedings were taken against former chiropractor, Mr James Ellis Hopper (Practitioner), in the Tribunal on 12 February 2018. The proceedings arose from a complaint by the HCCC that the Practitioner, under the Health Practitioner Regulation National Law (NSW) (National Law),should be found guilty of Unsatisfactory Professional Conduct and Professional Misconduct after having been convicted of a criminal offence in relation to treatment he provided to a patient.

Background to the Tribunal

The Practitioner denied these allegations. He conceded that he may have touched the patient's genitals and breasts, however, it was not intentional, rather, incidental to the treatment, or accidental. Accordingly, he entered a not guilty plea.

The HCCC submitted to the Tribunal that the Practitioner's conduct breached the professional boundaries that must exist between himself and a patient. Consequently, this serves to undermine public trust in the profession. The Practitioner continued to deny any sexual intent towards the patient during his treatment, maintaining his position that any contact he had with the patient was incidental and accidental. Further, he claimed that his reference to a "happy ending" was a joke and not intended to have sexual connotation.

The Tribunal's decision that the conduct was deliberate

In making its decision, the Tribunal was not bound by the findings in the criminal proceeding. The Tribunal was required to consider the evidence put before it and exercise its own judgment, with the objective of protecting the public.

The Tribunal had to consider whether the Practitioner was behaving appropriately during his treatment of the patient. The factors that concerned the Tribunal were that it was uncommon for the Practitioner to perform remedial massage, that he carried out this treatment on the patient for longer in duration than would be considered usual and that he did so late in the evening when he was alone at the practice.

In light of this, the Tribunal determined that the Practitioner’s conduct towards the patient was deliberate and sexually motivated. It was satisfied that the evidence, which had also been tested at the Magistrate’s Court and before the Chiropractic Council, proved this. The Tribunal stated that the Practitioner's behaviour was completely improper. The conduct required a serious message to be sent to the Practitioner and all of those in the professions who are required to come directly into contact with patient's bodies.

The Tribunal also strongly recommended that that the Practitioner consult a psychologist to address his lack of insight, undertake mentoring from a senior chiropractor, and participate in professional development, addressing amongst other things, anatomy and professional communication.

The Practitioner in this case now has a criminal record, and is deregistered and listed on the Australian Health Practitioner Regulation Agency's register of cancelled Health Practitioners. This case serves as a reminder that the consequences of grave misconduct can be far reaching and severe. 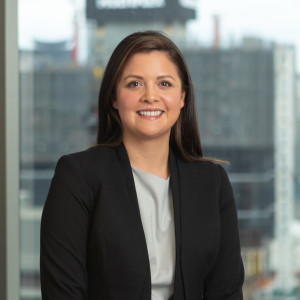