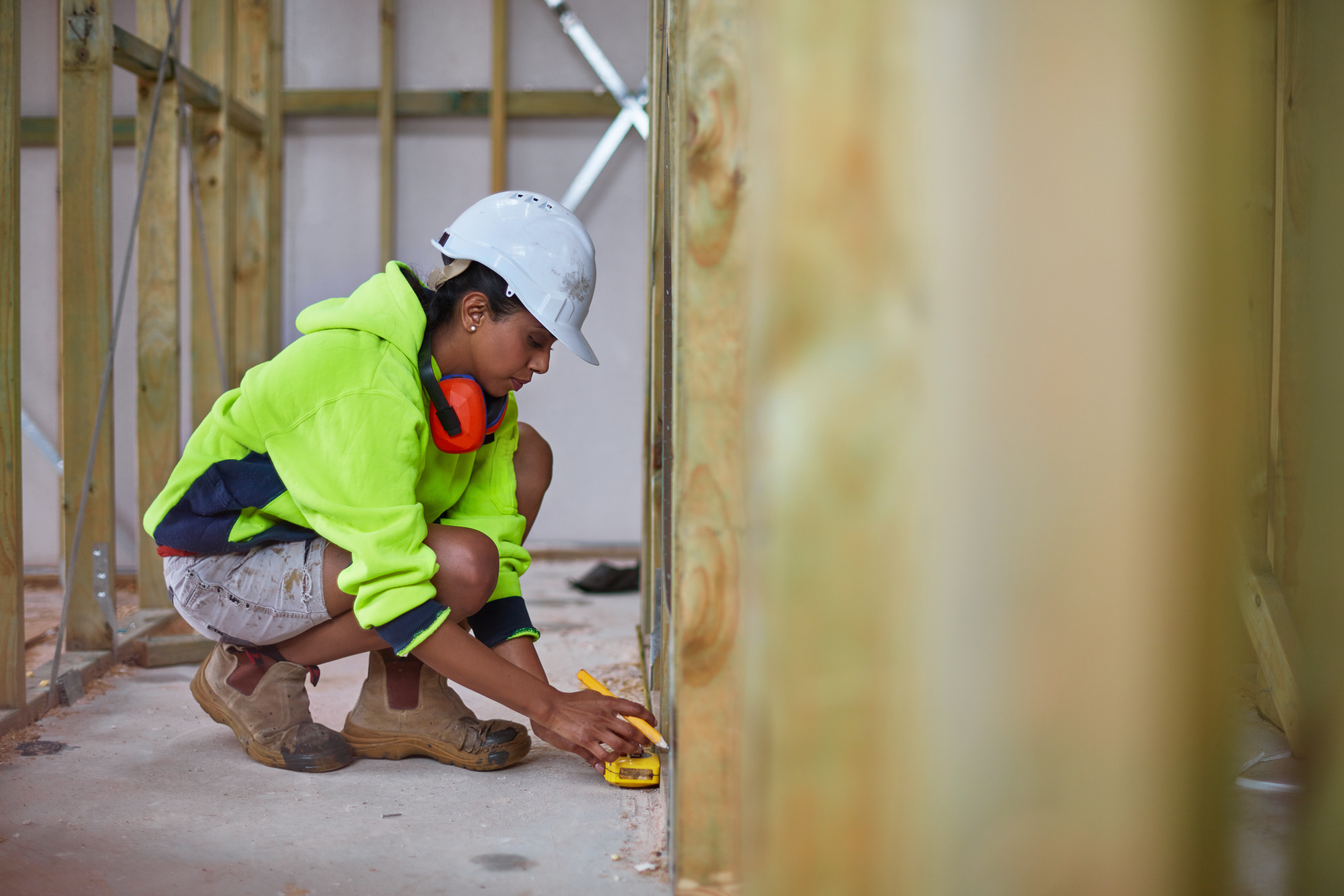 The end of 2018 saw a flurry of officer prosecutions finalised in NSW and Victoria, including the first recorded sentence of imprisonment for reckless endangerment in Victoria. The cases illustrate an increasing willingness on the part of SafeWork NSW and WorkSafe Victoria to pursue company officers personally for work, health and safety breaches, particularly sole directors and 'hands-on' officers working in the construction industry.

The cases summarised below, several of which bear striking factual similarities, are valuable reminders of:

In the first case, Housam Annous, sole director of a small family plumbing business, Opcon, was prosecuted for failing to exercise due diligence as an officer, which exposed a worker to risk of death or serious injury.[1] Opcon had been engaged to perform plumbing work on the roof of a building. To protect against the risk of falls, Opcon's workers used elevated work platforms to access the roof and wore fall arrest harnesses when working. During this work, a worker fell through the roof and sustained fatal injuries. It was later determined that the worker was not wearing his fall arrest harness. The Court found that Annous and Opcon foresaw the need to protect workers, including the use of harnesses, however they had failed to ensure that the worker was wearing his harness. The Court also found that the risk of falling from height was obvious and the loss caused by the offence was substantial. Neither Mr Annous nor Opcon had any prior convictions and Mr Annous had shown considerable remorse. In accepting the company and Mr Annous's modest financial positions and pleas of guilty, the Court fined Mr Annous $7,500 and Opcon $75,000.

Another serious fall from height incident saw Meixing Jiang, sole director of bricklaying company, Yaofu, prosecuted for failing to exercise due diligence as an officer contrary to the NSW Work Health and Safety Act (WHS Act).[2] Yaofu had been engaged to lay bricks at a multi-storey apartment complex. A three-storey high ventilation shaft ran through the middle of the complex and the opening to this shaft had been covered by unsecured steel sheeting. Mr Jiang directed two of his workers, both of whom had limited understanding of English, to lay bricks near the shaft opening, unaware of the danger that it posed. One of the workers stepped onto the sheeting and fell three storeys down the shaft sustaining serious injuries. The Court found that Yaofu did not have a Safe Work Method Statement (SWMS) for the work being performed and that the Code of Practice for 'Managing the Risk of Falls at the Workplace' had not been followed. Yaofu went into liquidation in September 2017. At his plea hearing Mr Jiang did not present evidence to establish that a fine should be reduced because of personal financial hardship. Due to the seriousness of the offence, the Court convicted Mr Jiang and ordered him to pay a fine of $22,500.

Sadly, very similar circumstances resulted in the prosecution in SafeWork NSW v Grandcity Constructions P/L and Cai.[3] Mr Cailin Cai, a builder with 10 years' experience, was also a director of Grandcity Constructions which had been engaged to build a multi-storey dwelling in Strathfield. Mr Wang was engaged as a cleaner at the construction site. Mr Wang had limited English and did not hold a construction 'white card'. Mr Wang sustained very serious injuries when he fell three metres from an unprotected edge at the worksite. The SWMS for the work did not reference edge protection contrary to the Code of Practice for Managing the Risk of Falls at Workplaces. The Court found that that Mr Wang was inadequately supervised and that the risk of falls at the worksite was obvious. Despite the obvious risk and the considerable guidance material available to Grandcity, no edge protection was in place. Grandcity was fined $120,000 and Mr Cai $24,000.

In the final NSW case, Shaun Mehan, the sole director of air conditioning company SMAC, pleaded guilty to failing to exercise due diligence and accepted that he had failed to abide by the NSW Hazardous Manual Tasks Code of Practice.[4] One of SMAC's apprentices sustained leg injuries when he was struck by a 525kg Air Conditioning unit that he was moving down a stairwell. The Court found that Mr Mehan had failed to exercise due diligence to ensure that SMAC complied with its duty under the WHS Act, specifically that SMAC had not followed the Hazardous Manual Task Code, which advocated the use of mechanical devices and team lifting practices, either of which would have reduced the risk of an incident of this type occurring. In sentencing Mr Mehan, the Court took into account his genuine remorse, the fact that he was now unemployed, and that SMAC had gone into liquidation after the incident. The Court convicted Mr Mehan and ordered him to pay a significantly reduced fine of $7,500.

In a landmark decision for WorkSafe Victoria, Maria Jackson, a 72-year-old owner of a scrap metal business in Foster, was sentenced to six months' in jail as a result of a fatal incident at her workplace. In February 2017, a worker fell from a metal bin he had been standing in, which was raised 3 metres off the ground on the tines of forklift being operated by Ms Jackson. Tragically, the employee was struck and killed by the bin, which also fell from the tines. Ms Jackson was not licensed to operate a forklift. Further, it was found that no attempt had been made to secure the bin to the tines of the forklift. The LaTrobe Valley Magistrates Court fined Ms Jackson $10,000 for breaching her duty as a self-employed person contrary to s.24 of the Occupational Health and Safety Act (OHS Act) and also sentenced her to 6 months' imprisonment for recklessly endangering a person at a workplace (the first such sentence ever imposed under the OHS Act). Ms Jackson has appealed against the sentence.

Construction company J.Avenell Constructions P/L and its sole director, Joshua Avenell, were convicted and fined $10,000 and $20,000 respectively in relation of breaches of s.21 and s.144 of the OHS Act. In yet another example of a serious fall from height, an apprentice carpenter sustained fractures to his back when he fell from a construction site in Box Hill. The Ringwood Magistrates Court heard that there were no passive fall prevention measures in place and this was attributable to Mr Avenell's failure to take reasonable care as a director.

Finally, in the Victorian Court of Appeal, a director and a construction company successfully appealed the fines imposed upon them by the County Court for OHS Act offences.[5] Aldo Di Tonto was the sole director of AM Design and Construction P/L who had been engaged as a structural engineer for a development in Mount Waverley. Mr Di Tonto prepared structural design drawings for the basement excavation of the development that were absent, any site retention measures which were required to prevent a collapse of the excavation. The excavation collapsed shortly after completion and residents of dwellings adjoining the site were forced to evacuate. Mr Di Tonto and AM Constructions subsequently pleaded guilty in the County Court to breaches of s.144 and s.23 of the OHS Act and were fined $100,000 and $380,000 respectively. These sentences were appealed on the basis that they were manifestly excessive. The Court of Appeal agreed and found fines imposed were wholly outside the range open to the County Court. In halving the fines to $50,000 and $190,000 respectively, the Court of Appeal noted that the original fines were disproportionate to the financial circumstances of the appellants who were, in effect, one in the same.