Should NDAs be restricted in sexual harassment cases?

Our workplaces need to change the culture of silence around sexual harassment. Legal experts offer their advice.

In Australia the general practice for resolving disputes (other than going to court) has a standard formula:

Non-disclosure agreements (NDAs) are routinely used in resolving claims of sexual harassment. Such agreements are perceived to be advantageous — the employer avoids litigation and protects its reputation, while the victim avoids having to take legal action which often means reliving a traumatic experience.

However, in the wake of the #MeToo movement, and revelations that notorious alleged serial-harasser Harvey Weinstein frequently entered into NDAs to resolve claims of sexual harassment against him, the inclusion of secrecy clauses in sexual harassment settlement agreements has come under scrutiny around the world.

In the UK, a recent inquiry into the use of NDAs by the UK parliament’s Women and Equalities Committee resulted in the Solicitors Regulation Authority of England and Wales issuing a warning notice on the use of NDAs. A report by the inquiry, which was issued on 11 June 2019, also recommended legislation to outlaw NDAs that restrict “legitimate discussion” of unlawful harassment and discrimination.

This has coincided with laws being introduced in a number of US states, including New York and California, to restrict the use of NDAs in sexual harassment cases unless they are requested by the employee, as well the US Congress introducing the EMPOWER bill in March earlier this year. The EMPOWER bill, if passed, would require public companies to report on settlements in sexual harassment claims and impose regulations on the use of NDAs.

So, given these recent developments, what is the current status on the use of NDAs in Australia?

At present, there is minimal guidance in Australia on the way NDAs should be drafted and used in settlement agreements, including in relation to claims of workplace sexual harassment.

NDAs generally allow dispute settlements, and the circumstances surrounding them, to remain secret unless disclosure is “required by law” or for the limited purpose of the parties obtaining legal or financial advice. Case law authorities have made it clear that confidentiality agreements cannot be used to prevent disclosures related to crimes and fraud, or to obstruct the administration of justice.

Parties may also be required by law to disclose confidential information if, for example, a court issues a subpoena for such information or its disclosure is required or allowed under specific legislation (such as under Australia’s new whistleblowing laws which took effect on 1 July 2019). Additionally, certain regulatory bodies such as the ATO and ASIC have the power to compel individuals to disclose information in certain circumstances regardless of the terms of a confidentiality agreement.

However, apart from these circumstances, the use of NDAs in settlement agreements in Australia is subject to minimal guidance and regulation.

As part of the Inquiry, (which was commissioned after the AHRC’s fourth survey showed that 39 per cent of women had experienced sexual harassment in the workplace in the past five years) victims have been encouraged to make confidential submissions regarding their experiences. However, the AHRC found many victims reluctant to come forward due to fear of breaching their NDAs and the potential legal consequences of this.

Late last year, Commissioner Jenkins sought support for the Inquiry by calling on Australian employers to grant limited waivers of victims’ confidentiality obligations under settlement agreements so that they could make submissions. To date, less than 40 organisations have agreed.

This has led to increased consideration about the role of NDAs in workplace harassment cases and calls to prohibit, or at least regulate, the use of such agreements in Australia.

Commissioner Jenkins and the former Minister for Jobs, Industrial Relations and Women, Kelly O’Dwyer, have said that NDAs make victims “invisible” and prevent the government from addressing the issue of sexual harassment in the workplace since people do not know that sexual harassment is still taking place and bodies such as the AHRC are prevented from obtaining data needed to advocate for reforms to sexual harassment laws.

Critics of NDAs, such as professor Judith Bessant from RMIT’s School of Global, Urban and Social Studies, have also argued that NDAs are a form of “secondary victimisation” and against the public interest, as silencing victims means little or no learning can happen which aids “institutional amnesia".

Unlike safety incidents in the workplace, for example, where employers will often hold toolbox talks to discuss what happened and what can be learned moving forward, because of confidentiality obligations in settlement agreements, workplaces are often not learning from sexual harassment incidents, argues Commissioner Jenkins. The Harvey Weinsteins of the world are also allowed to stay on or move to other workplaces where they can continue to act unchecked.

Given these concerns, it is likely there will be calls for increased regulation when Commissioner Jenkins releases the report from the Inquiry later this year. There may also be extended scrutiny over lawyers’ professional duties when negotiating such agreements in sexual harassment disputes.

What can employers do in the meantime?

Employers should be aware of the increased global scrutiny of NDAs in the context of workplace sexual misconduct and consider whether confidentiality provisions should always be included as standard terms in settlement agreements. While victims have the right to request confidentiality, there may be circumstances where victims don’t want the matter to remain private, but feel compelled by their employer to do so.

Employers should also consider possible alternatives to NDAs in settling disputes. For example, the inclusion of mutual non-disparagement clauses which prohibit the parties from making disparaging or defamatory comments about each other. Settling a sexual harassment dispute without a NDA may also enable employers to send a strong workplace message against any tolerance of sexual harassment, which could be attractive from a reputational point of view, among other things.

This article is part of a regular employment law column series for HRM Online by Workplace Relations & Safety Partner Aaron Goonrey and Lawyer Jenni Mandel. It was first published in HRM Online on 8 August 2019. The HRM Online version of this article is available here. 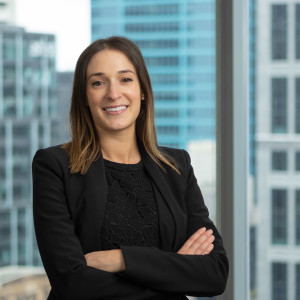