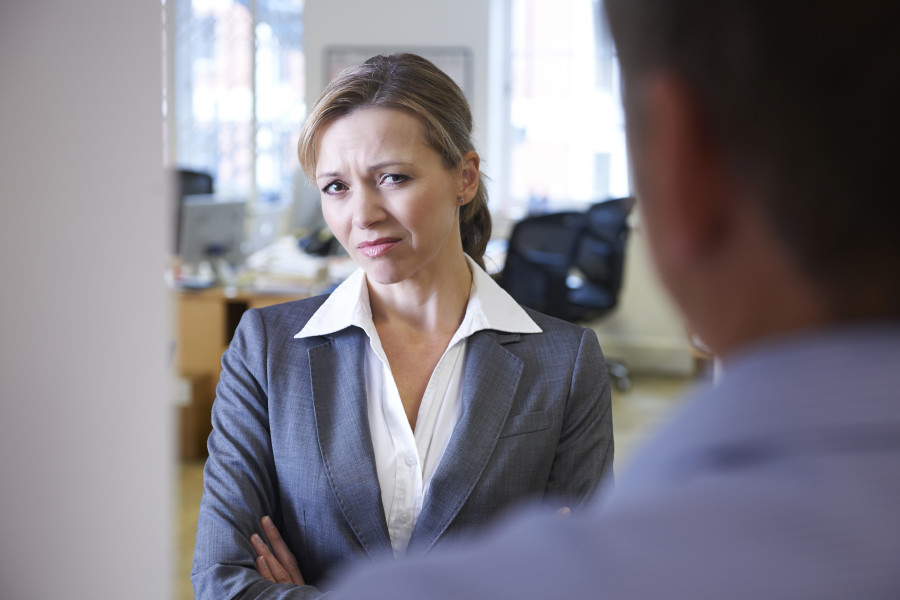 While using terms like “sweetheart” and “babe” in the workplace may come from a friendly place, they can cause female staff to feel undervalued and land you in hot water.

It should go without saying that using terms like “chicks” and “babes” to refer to female colleagues and employees is inappropriate. But what about “ladies”, “girls”, “sweetheart” or “love”?

There’s a plethora of terms used to refer to women which can infantilise, undermine and sexualise women. This can be the case regardless of whether they are said with warmth and friendliness, and without malicious intention. Use of such language may delegitimise a woman’s contribution in the workplace and make them feel demoralised and disrespected.

On the other hand, consider the way male gendered language is used. “Chairman”, “manpower”, and “IT guy” roll off the tongue to refer to men and women collectively. Similarly, while “guys” is often used to refer to a group collectively, regardless of gender, “girls” would never be used the same way. Further, these terms attribute male characteristics to tasks and roles, excluding or ignoring women’s involvement or contribution.

There are several legal risks that arise from the use of gendered language in the workplace.

Firstly, using sexualising terms like “babe” could form the basis of a sexual harassment claim, as using such language may constitute unwelcome conduct of a sexual nature. In 2006, a NSW tribunal found that calling a female employee “babe” and “honey” constituted sexual harassment. These days, it’s difficult to envisage circumstances where calling your female colleague “babe” during a meeting or at the office would be welcome.

The consistent use of gendered language could also precipitate an unlawful discrimination complaint. For example, a manager known for using “chicks” to refer to the females in the office and consistently referring to staff collectively “manning the phones” or “manning up” may give the impression that they favour male employees, by attributing the important roles and tasks to male characteristics. It could be argued that this amounts to different treatment based on gender, to the female employees’ detriment.

The risk of gendered language giving rise to bullying claims is also relevant. Due to the demoralising impact that it can have, consistent use of gendered language that undermines individuals may constitute unreasonable behaviour that creates a risk to health and safety in the workplace.

Being the person in the office who uses language that sexualises, infantilises, or undermines women is likely to earn you a reputation as out of touch and a bit creepy (among other things). Likewise, consistent use of male-oriented terms can exclude women and give the impression of a “boys club”, or signify a lack of consideration or respect of the valuable input of women in the workplace.

This can have a significant impact on culture and dynamics between team members. Gendered language erodes respect and can decrease satisfaction levels and morale among women.

To avoid these risks, examine the way that you use gendered language. If you are using it in the workplace, just stop. It goes without saying that you should also review your policies regarding sex discrimination, harassment, and bullying at work to counter gendered language, and counsel and train employees about the impact that gendered language may have.

This article is part of a regular employment law column series for HRM Online by Workplace Relations & Safety Partner Aaron Goonrey and Lawyer Emma Lutwyche. It was first published in HRM Online on 29 October 2018. The HRM Online version of this article is available here.