The modern GC and the "more for less" dilemma | Part III: Finding the "more"

I know I said that I would talk about external law firms in this post but a question from a reader in response to Part I has led me to challenge my assumptions, change my mind and talk about finding the “more” instead. In my experience this is one of the most difficult challenges for in-house lawyers as it requires them to question a number of their assumptions about legal practice. In particular it requires lawyers to move from a responsive mindset to an inquisitive or creative mindset.

Inherent in the "more for less" dilemma is that there is a “more” that can be realised and delivered by the legal function. In fact, most GCs struggle to articulate what additional value the legal function can provide beyond doing more of the same, more quickly and cheaply. Way to paint an inspiring future for your team!

When you look a little deeper there is general agreement among the GCs and senior leadership teams that their lawyers should be “more commercial” and “better business partners” but no clear agreement on what that would look like nor how to achieve it. David Maister would also be happy with the frequency of references to becoming “trusted advisors to the business” but I have found that few in-house lawyers have actually read his book (still a good read after 20 years: audiobook here). In most other business services functions, continuous evolution is now considered a baseline expectation, and in the face of massive disruption, leaders of these functions are expected to pursue step-changes in contribution and performance. However, deliberate evolution is not something that in-house lawyers have really had to embrace until recently, as their diligence and intelligence have always been enough. Ironically, this challenge is compounded by the habitual lawyer response to it: work harder. Hence, any attempt to invest time and energy in designing ways to deliver greater value to the business is generally met by, “I don’t have time to think about what’s next, I’m too busy doing the current job.”

Best practice in solving this challenge involves first creating space in the system. It takes space and time to think and act creatively, and without actively creating both you will find it hard to get the attention of people who are working at unsustainable levels. This is why getting a handle on your resourcing, structure and workflow was dealt with in Part I, but don't wait until that work is finished. Do everything you can to support your future-focused lawyers to step away from their day jobs and innovate as a priority.

The second feature of a best practice response to this challenge is connecting with the stakeholders to deeply understand their emergent needs. Unlike the user experience interviews in Part I this is something that I recommend your lawyers do themselves, as the process itself builds their empathy for stakeholders and enhances stakeholder trust. It is also something that I recommend all lawyers do regularly as a deliberate practice, but they may need some help to start with. I have found that the ability to sit in pure empathy with a non-lawyer and ask open questions is not a commonly occurring lawyer trait (COLT). Once you have this data you then embrace design thinking to bring prototypes to your users and agile methodology to resolve and amplify the good ones to form part of your service offering. Sorry, I drifted into a bit of jargon there, so you probably quickly checked your emails to make sure nothing is blowing up while you are reading this insight. I have often been told I should avoid “management speak” when talking to lawyers but when all the words I used in that sentence are now common terms among senior managers in organisations, I think it is time for us to change, not the world around us. Again, our design thinking work with large in-house teams and their stakeholders has revealed some surprising ways in which Legal can add greater value. One of the most consistent themes from these interventions is that stakeholders see a potential role for Legal in leveraging their networks of trusting relationships to actively facilitate relationships between stakeholders and drive positive commercial outcomes. Another legal team I worked with embraced the opportunity to help enable innovation within their organisations by having a ready playbook of legal options for creative structuring at hand for every meeting. However, best practice doesn't stop with the generation of ideas as the road to oblivion is paved with good ideas. Ultimately, your aim should be to lead a culture that promotes continuous inquiry of the business to identify both the highest value contributions currently made by Legal and the ways in which the function can evolve to deliver even greater value. Behind the scenes, this data is then consumed by a culture characterised by a diversity of inputs, inclusiveness, safe-to-fail experimentation, and adaptive leadership.

I took myself off to the Stanford d-School a few years back and I highly recommend it over an LLM to any lawyer interested in playing a part in shaping the future of the profession. In fact, all GCs (and at least two of your senior leaders) should go to Boot Camp. Make a trip of it, do some bonding under the Redwood trees while you think about the future. However, I must warn you that even though I loved the experience, I often reflected during it that design thinking challenges almost every assumption, belief and cultural norm at the heart of the legal profession. I guess that’s the point.

View other insights in The modern GC and the "more for less" dilemma series here: 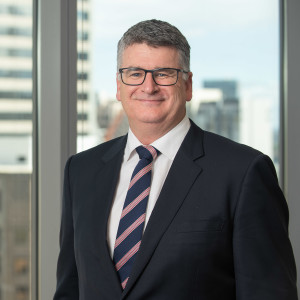