A gold-medal win for road safety 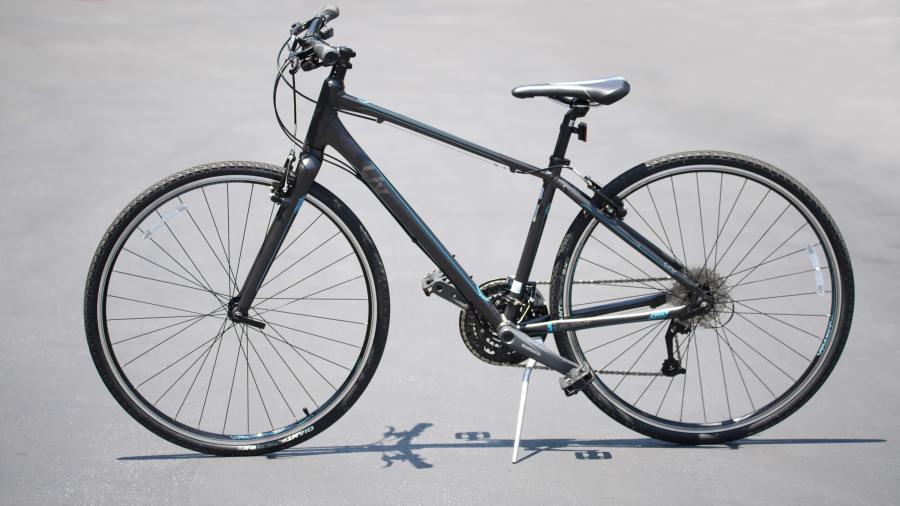 Cycling safety organisation, the Amy Gillett Foundation knows the sense of achievement that comes at the end of a long endurance event.

In April 2021 the charity reached the last milestone in its 12-year A Metre Matters campaign, when Victoria became the final state or territory in Australia to introduce a permanent one-metre minimum distance for motorists when overtaking cyclists. This simple rule is now enshrined in law across every Australian state and territory, the culmination of more than a decade of nationwide campaigning, research, trials and persuasion.

The Amy Gillett Foundation (AGF) was born out of the tragic death of Amy Gillett, killed while on a training ride with the Australian Women’s Cycling Team in 2005. Alarming statistics show that every day, over 20 cyclists are hospitalised with serious injuries, including brain injuries and fractures, and a cyclist is killed every 10 days on Australian roads.1 AGF supports research, creates education programs and advocates for safe cycling. The organisation works with all levels of government, road authorities, corporate, motoring, cycling and community road safety organisations and the public to create a safe cyclist environment in Australia.

Lander & Rogers has advised AGF from its inception, having assisted the Foundation in drafting its constitution. Continuity in legal support proved invaluable in 2020 as AGF dealt with the impact of COVID-19 alongside the everyday challenges of a growing organisation.

Dan Kneipp joined AGF as CEO in February 2020 – his first CEO role and a steep learning curve in more ways than one. “No one was prepared for what 2020 was,” he says. “It was really challenging. There was a dynamic of having to learn as much as possible, make some pretty big calls – and hope they would be right.”

A shift in pace and lifestyle during COVID-19 had inspired many people to rediscover or take up cycling. “Based on different figures around the country there was at least a doubling of participation,” says Dan. Meanwhile, more people were avoiding public transport and using their cars. With inexperienced riders and more drivers on the roads, fatality figures for cyclists rose during COVID-19 (the only road user group that didn’t experience a decline in deaths). “As a foundation whose goal it is to stop cyclists from being killed, the figures were horrifying,” says Dan.

“As a foundation whose goal it is to stop cyclists from being killed, the figures were horrifying.”
Dan Kneipp
CEO, Amy Gillett Foundation

Although AGF’s work had never been more vital, COVID-19 lockdowns and restrictions had decimated the foundation’s revenue. “We had our main area of income, which comes from fundraising events and donations, taken away from us in a very short period,” says Dan. “We had to analyse everything – where can we save money? What can we reduce? We introduced a lot of measures knowing we had to find a way to get through this.” This included reassessing AGF’s arrangements with a number of its suppliers, including Lander & Rogers, to determine where efficiencies could be made.

As the year progressed, the value that the partnership with Lander & Rogers brought to AGF became increasingly apparent. “One of the things I did not change was my relationship with Lander & Rogers,” says Dan. “If anything, we’re now working with the firm more than ever.” Drawing on its deep understanding of the foundation’s business, Lander & Rogers’ Sport & Leisure team was integral in helping AGF navigate new opportunities. First, the Chair and Board were looking to make significant changes that would preserve the foundation and enable future growth. This would require adjustments to AGF’s constitution. “We worked with the same team that had been involved in setting it up,” says Dan. “They completely understood why these changes were important. We saved a lot of time, and the advice we received was concentrated, quick, impactful, and to the point.”

Next was establishing strong internal processes relating to contracts and copyright, so that AGF could be confident it was adhering to best practice. “I had really good ongoing support that gave me and the Board a level of comfort, as we knew we could make sure that AGF was protected,” says Dan. “To have continuity of legal support means that when you have a challenging time, like we had last year, or when a problem comes up – we can rely on that expertise to make sure it doesn’t escalate.”

Having ridden out the immediate challenges of 2020, AGF is looking ahead to a fresh program of events and campaigns to support its mission of creating safer roads. “Expect to see more work from us around how to improve infrastructure and protect both riders and drivers,” says Dan. “We’re piloting programs in local Australian communities to not only make the roads safe for cycling, but also ensure that if a cyclist or driver makes a small error, it doesn’t lead to a death or hospitalisation.”

As part of this new work and strategy, “my approach for the next five years is just to continue working with Lander & Rogers,” says Dan. “The help that I’ve had in the last 12 months has been excellent, and as a foundation we’re very grateful for what the firm has done for us over many years. My advice to whomever takes over from me, whenever that happens, is that this firm is wonderful to work with. Stick with them – they always go over and above.”