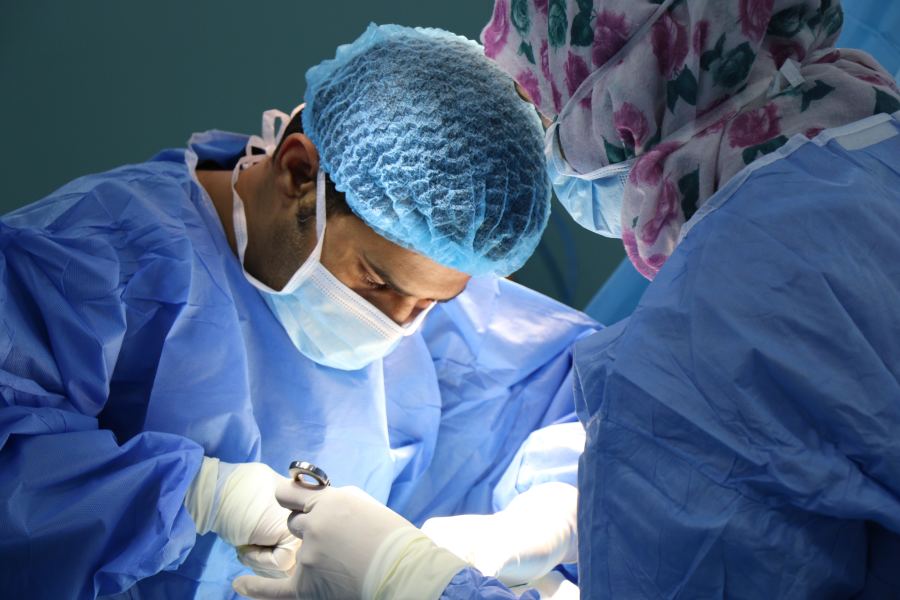 The Supreme Court of NSW ordered a disgruntled patient pay aggravated damages after she posted two negative Google reviews of her plastic surgeon. We outline the facts and discuss how health practitioners can mitigate the risks associated with negative online reviews.

In May 2017, Mrs Imisides returned for a steroid injection to reduce swelling in her nose. She was advised that the swelling would take 18 months to settle and that she would need regular injections. Despite this, Mrs Imisides failed to attend any further scheduled appointments.

In July 2017, Mr Imisides (the patient's ex-husband) called Dr Tavakoli's rooms, when it is alleged that he accused Dr Tavakoli of being a fraud and threatened to go to the media. On 8 August 2017, Dr Tavakoli's solicitors sought an undertaking that Mr and Mrs Imisides would not follow through with their media threat.

On 1 September 2017, Mrs Imisides published a Google review in which she alleged Dr Tavakoli charged her for a buccal fat procedure he had not performed. Subsequently, Dr Tavakoli's website recorded a drop-in visitor traffic of 23.61%.

The Google review was removed on 24 September 2017 – the same date Mr Imisides was served with a Statement of Claim relating to his phone call. This matter was later settled, with Mr Imisides agreeing to pay $80,000 in damages.

In November 2018 – and in contravention of Court orders – Mrs Imisides published a second Google review which focused on her rhinoplasty. Dr Tavakoli's solicitors wrote to Mrs Imisides requesting that the review be removed. Mrs Imisides responded: "Piss off. I don't have any more money to give you greedy people". Proceedings against Mrs Imisides were issued.

The Court found that the second Google review imputed that Dr Tavakoli was:

The Court held that the reviews were untrue and defamatory, and went to Dr Tavakoli's reputation as a surgeon. The court also held that the tort of injurious falsehood had been committed by Mrs Imisides and that her conduct was malicious.

Dr Tavakoli gave evidence that the review left him extremely distressed and embarrassed, put strain on his marriage and impacted his family. He also said it caused him significant concern and worry, given the success of his surgical practice depended on his reputation as an honest and competent surgeon.

Damages for non-economic loss are normally capped at $398,500. However, the Court followed the reasoning in Wilson v Bauer Media Pty Ltd [2017] VSC 521 where it was held that the cap can be exceeded if aggravated damages are awarded. The Court held that aggravated damages were warranted because Mrs Imisides deliberately published a factually untrue review to punish Dr Tavakoli. She then refused to apologise and published a second untrue review in contravention of court orders.

The court awarded a sum of $530,000 to Dr Tavakoli – although this may have been higher had he claimed special damages for loss of income. The Court also awarded:

This case illustrates why negative online reviews are becoming an increasing area of concern to health practitioners and their insurers. Dr Tavakoli's website experienced a drop in traffic of almost 25% in one week and costly legal proceedings were required to seek relief.

We recommend that all health practitioners implement complaints processes and regularly seek feedback from patients to mitigate the risk of negative online reviews. When writing an online response to a negative review, practitioners must be careful to avoid publishing a reply that could breach patient confidentiality or the Australian Privacy Principles.

Often, the best way to have a negative review removed is to try and resolve the issue by contacting the patient directly. We also recommend health practitioners notify their professional indemnity insurer, given the potential for a negative review to result in an insurance claim.

Furthermore, Dr Tavakol's operation report (proving the performance of the buccal fat procedure), illustrates the importance of keeping good clinical records that can be relied upon to disprove negative imputations in online reviews.