Twenty-two years ago, a beautiful baby girl was born to two adoring mothers via an IVF procedure. Eight years later, they had another child, this time a bright-eyed baby boy. On neither occasion however, were both mothers recorded on the birth certificates for the children. Instead, a friend of the couple who had donated sperm for both children was named as the father.

On 22 August 2017, these parents were finally able to both be named on the birth certificates for their children. Her Honour Judge Hampel of the County Court of Victoria, alongside the newly appointed Judge Higham, made orders that the sperm donor be removed as a parent, and the non-biological mother be entered as a parent. It was a special moment for the parents and children, twenty-two years in the making.

In 2008, Victorian law was amended to permit two women in a relationship, who have a child via an IVF procedure, to have both of their names recorded on the birth certificate. These changes were made retrospectively, permitting applications to amend birth certificates by adding the non-biological partner.1 The Victorian position now reflects the law which has existed in New South Wales since 1996.2

If a birth mother's female partner now wishes to be included as a parent on a child's birth certificate, they need to have given their consent at the time of the treatment that resulted in the pregnancy. If a father is not named on the birth certificate, the process simply requires a form to be completed with the Registry of Births, Deaths and Marriages in the respective state. If a father is named, an application to the County Court of Victoria is required.

Those wishing to start a family today need to simply put both partners' names on the Birth Registration Statement when the child's birth is registered.

The current law in both Victoria and New South Wales does not recognise sperm donors as fathers. Such donors will not be recorded on birth certificates.

Where a female partner gives birth as a result of an IVF procedure, the couple (whether a lesbian or heterosexual couple) are legally considered to be the child's parents, provided that the other partner consented to the procedure. These will be the parents recorded on the birth certificate.

This does raise hurdles however for both gay males and heterosexual couples who have a child by means of surrogacy. In these circumstances, the law does not allow for a person who donates sperm to be recorded as a parent, regardless of their intent. Instead, the sperm donor must seek to be granted parental responsibility in the Family Court of Australia.

Although the law has not recently changed in respect of situations like this, families are too often unaware of the options available to them. The law surrounding parentage in Australia remains complex, confusing, and subject to frequent reform. Specialist legal advice should be obtained to ensure, as far as possible, that an intended parent's wishes match their legal status. This applies as much to new families as it does families that were started twenty-two years ago.

The Lander & Rogers Family & Relationship Law team is able to offer discrete and practical advice in this area to suit your specific needs and circumstances. 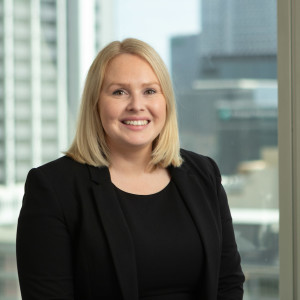