It is common in Australia for parents or other family members to provide money to a couple, or a member of that couple, during the life of a relationship, particularly to assist with the purchase of a couple's first home. But is it a gift or a loan?

The question of whether money is given as a loan or gift is a vexed but important one, as this characterisation may have a significant impact on the outcome of any property settlement between the parties in the event of a subsequent breakdown in their relationship.

How can loans impact the asset pool?

Liabilities, such as loans from family members that are incurred during a relationship, are generally considered liabilities of the relationship. When a relationship breaks down, these are deducted from the gross value of the parties' assets, reducing the net matrimonial pool of assets available for division between the parties.

Characterising these payments as loans will generally benefit one party, and therefore this often becomes a contentious issue in settlement discussions.

The gift of 'money' and the matrimonial pool of assets

If money is characterised as a gift it may form part of the matrimonial pool of assets to be divided in the event of a property settlement.

Generally, such gifts will be factored in as financial contributions made by the person who received the money. The bigger the contribution, the bigger the overall adjustment in their favour.

This is, of course, subject to a variety of other factors raised in the five step process undertaken by the Family Court. The Court's broad ranging analysis of contributions and future needs in property settlement proceedings makes it unlikely that a party who receives a gift during a relationship will receive a "dollar for dollar" adjustment in their favour for the amount of the gift at the time of a property division. Nonetheless, the existence of a gift is a factor that the court will take into account when determining an overall property settlement.

What makes a "genuine" loan

The Court will closely consider the terms of any purported loan arrangement in order to determine whether the money is a genuine loan which should be repaid by the parties and excluded from the asset pool, as compared to a gift, which will be considered a contribution by one party.

Factors the Court may consider in determining whether a loan is "genuine"?

Substantiating that money was advanced as a loan, rather than a gift, can be particularly difficult. The Court will consider all of the circumstances surrounding the transfer of the money, including but not limited to:

Cases like Sulo & Colpetti2 show that the Court will look behind the terms of any loan agreement and make an assessment of whether, in reality, the lender would "press" for the borrower to repay the loan, or whether the borrower was in fact going to repay the money. Even if a commercial loan agreement is established, there is a possibility that the Court will consider the advancement of money as a gift, if it can be established that the alleged lender did not actually intend to actively pursue the repayment of the money.

What might be considered as typical "loans" from family members will rarely tick all of the boxes. There will always be a risk of such advances being considered a gift to the parties, and therefore forming part of the asset pool available for division.

If you are considering providing money to someone who is in a relationship, or you are about to receive money from a friend or family member, keep these issues in mind and consider whether you should do anything more to ensure that money is treated for what it is, both now and in the event of separation.

If you have questions regarding financial disputes during a relationship breakdown, please contact a member of the Family & Relationship Law team for further information.

1 In Maddock & Maddock & Anor (No.2) [2011], the fact that the parties had no capacity to pay was a relevant factor in determining that money advanced by a father to a couple was a gift. This was in conjunction with the fact that there were no terms for repayment, no formality in the agreement, and there was no demand for repayment until the family law proceedings started. 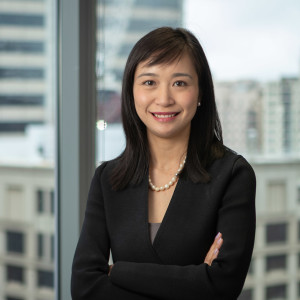 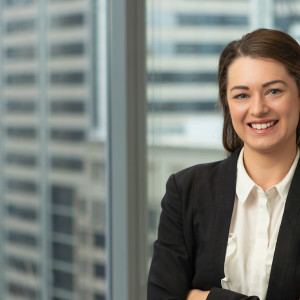