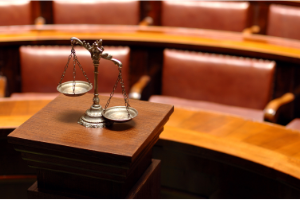 As we wait for a new trial in Roohizadegan v TechnologyOne Limited, the appeal decision remains a timely reminder for employers and HR professionals of the importance of having proper processes in place for managing employees and bullying complaints to prevent any expensive mistakes for their own business.

An appeal to overturn a decision awarding a record amount in damages to a former employee of an ASX-listed software company has been allowed, with a new trial ordered, finding the primary judge failed to provide adequate reasons for the decision and did not address all the evidence.

The employee, Mr Roohizadegan, successfully claimed that TechnologyOne Ltd had taken adverse action by dismissing him after he had made complaints about being bullied by the CEO and other high-level management staff. The initial decision resulted in a $5.2 million payout to the former executive in compensation and general damages (see related article).

However, the employee then initiated his own cross-appeal, claiming the multimillion payout was "manifestly inadequate" (notwithstanding this was the largest-ever court-ordered payout for this type of claim!).

The key takeaways from the appeal

In its decision delivered on 5 August 2021, the Full Court found that the judge in the earlier case had not provided adequate reasons for his decision; that he did not properly consider the evidence before the Court, and that he had potentially miscalculated the employee's contractual entitlements in determining the payout.

A new trial was necessary to “evaluate the nature of the complaints and the circumstances in which they were made”.

Relevantly, it was found that the judge in the earlier case had failed to:

Refresher on the law: the Fair Work Act provides that an employer must not take adverse action against an employee if that employee has exercised a workplace right, which includes making a complaint or inquiry. Accordingly, it was up to TechnologyOne Ltd to prove that the employee was dismissed for genuine reasons.


The evidence put forward by TechnologyOne to substantiate their reasons for dismissal included a series of emails dating back as far as 2014. The emails were between the CEO and the employee, and raised issues with the employee's refusal to take responsibility for financial forecast failings and poor management of his team, including serious allegations that the employee was bullying members of his team.

How did we end up here?

Mr Roohizadegan was employed as a senior manager for TechnologyOne for almost a decade between 2006 and 2016. He was generously paid for his role and experience, with his gross income increasing from over $200,000 to over $800,000 during his employment thanks to his senior manager incentive payment scheme.

In the last few years of his tenure his personal life and relationship with other managers began to suffer. The breakdown resulted in Mr Roohizadegan making a number of complaints that he was allegedly being bullied by senior executives at the company. He claimed that he was being undermined in his role, that his position was threatened, and that he was verbally abused and sworn at in front of other staff.

Mr Roohizadegan claimed he was experiencing increasing marginalisation within TechnologyOne as his complaints continued to go without investigation by HR. He was ultimately dismissed by the company CEO, Mr Di Marco, on the ground that the CEO had "lost faith that he was the right person to grow the business".

In 2020 Mr Roohizadegan commenced proceedings in the Federal Court against TechnologyOne and its CEO personally, claiming adverse action had been taken against him because of his complaints. In turn, it was argued by TechnologyOne and the CEO that Mr Roohizadegan was dismissed because his performance had deteriorated, with the defendants maintaining that he had not been bullied.

TechnologyOne Ltd and the CEO appealed the decision, with Mr Roohizadegan making a cross-appeal in January this year. Mr Roohizadegan claims the primary judge should have awarded him more in compensation, as the judgment was incorrect in assessing his future loss of earnings on the basis the claim was confined to 30 September 2020 and should be extended to a future retirement in 2027.

So, why is this important for your business?

As if employers weren't busy enough managing employees remotely and in challenging circumstances, this case provides a timely reminder of the care employers and HR practitioners should take when handling employee complaints and dismissals, especially when it comes to evidencing processes and decision-making.

To ensure best practice, we recommend:

We can expect to see a re-trial of the case early to mid-next year in the Federal Court. The extent to which the outcome will be different remains to be seen. There is still every chance the Court may reach a similar finding to the first decision, or perhaps award even more in compensation, once all the evidence is considered as part of the new trial. Watch this space!