Federal Court upholds deed of release as a bar to a former Department of Finance employee bringing a sexual harassment claim... 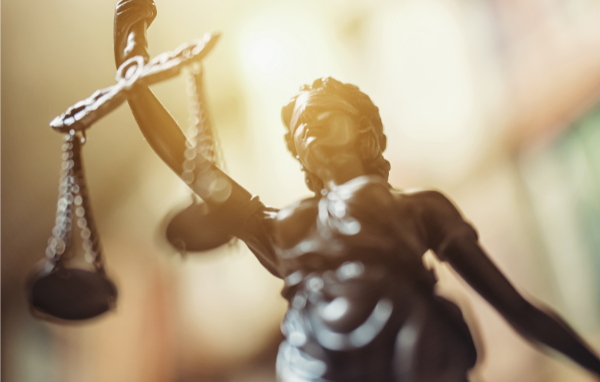 ...despite her genuine intention to provide a limited release and pursue further claims.

Ms Wendy Leach was employed by former One Nation Senator Brian Burston on behalf of the Commonwealth Department of Finance from 1 September 2016 to 29 October 2018 as a member of Mr Burston's electoral office staff.

On 29 October 2018, Ms Leach's employment was terminated effective immediately, as a result of matters which are unrelated to this decision.

Ms Leach subsequently filed a claim for unfair dismissal in the Fair Work Commission (FWC). The claim was listed for conciliation, which was attended by two representatives of the Commonwealth, both of whom took contemporaneous notes during conciliation.

Following the conciliation, the Commonwealth proposed an offer of financial settlement to Ms Leach on 17 December 2018. The offer expressly stated that the settlement would not prevent Ms Leach from pursuing a workers' compensation claim.

On 11 January 2019, Ms Leach and the Commonwealth's representative exchanged emails, in which Ms Leach referred to obtaining advice in respect of the draft deed.

Ms Leach received a draft deed on 14 January 2019. On the same day, Ms Leach and the Commonwealth's representative discussed several of its terms.

On 16 January 2019, both Ms Leach and the Commonwealth signed the deed (deed of release), resolving Ms Leach's unfair dismissal claim. It included a clause releasing the Commonwealth from any “claims” arising out of, or any way related to, her former employment.

On 15 November 2019, Ms Leach made a complaint to the Australian Human Rights Commission (AHRC) alleging sexual harassment, sex discrimination and victimisation during the course of her employment with the Commonwealth in contravention of the Sex Discrimination Act 1984 (Cth). This complaint did not resolve and was terminated by the AHRC on 16 September 2020.

In November 2020, Ms Leach sought leave to bring an application against the Commonwealth in the Federal Court for vicarious liability for her sexual harassment claim. In doing so, Ms Leach asserted that in entering into a deed of release, she had only intended to release the Commonwealth from her unfair dismissal claim, and not matters occurring during her employment.

It was clear that if the deed of release was capable of being enforced on its terms, it would operate to prevent Ms Leach bringing a sexual harassment claim, and it was quickly determined that the question of whether leave would be granted would turn on whether the Commonwealth was entitled to rely on the deed of release.

On that question, Ms Leach sought to rely on the equitable principle expressed in Grant v John Grant & Sons Proprietary Ltd (John Grant & Sons),1 to seek a declaration that the deed of release did not preclude her from bringing a sexual harassment claim against the Commonwealth. John Grant & Sons established a principle by which equity will prevent a party from unconscionable reliance upon legal rights based on general words in a release.

Ms Leach's claim was based on the second aspect of the John Grant & Sons principle, which was "to have the general words of a release confined to the true purpose of the transaction ascertained from the scope of the instrument and the external circumstances".

The principle suggests that the circumstances may extend to include the actual intention of the person providing the release (i.e. Ms Leach). However, the threshold requirement to engage the principle is the existence of a factual element or conduct by one of the parties that is against conscience.

Justice Lee accordingly considered whether the factual circumstances relied upon by Ms Leach would render it unconscionable for the Commonwealth to seek to enforce the general release it obtained in the deed.

Ms Leach claimed she was repeatedly told during the FWC conciliation that the alleged sexual harassment was separate to her unfair dismissal claim and that the conciliator told her that the settlement would allow her to go to a private solicitor or to Comcare about her other concerns.

Neither of the Commonwealth's representatives recalled any representations to the effect of Ms Leach's propositions.

Justice Lee considered the evidence of the three principal witnesses, Ms Leach and the two Commonwealth representatives. It appears that the FWC conciliator did not give evidence because Justice Lee did not consider the FWC conciliator's evidence and no explanation was provided as to why. After noting the difficulties in relation to judges' abilities to make accurate credibility findings based on demeanour, Justice Lee found a critical aspect of the two Commonwealth representatives' evidence to be persuasive, being that based on their usual practice, if words had been said in their presence which in their view left the impression that following settlement, Ms Leach would be free to pursue the sexual harassment claim, they would have sought to correct that interpretation.

In addition to being impressive witnesses and the careful manner in which the Commonwealth representatives had documented their dealings with Ms Leach, Justice Lee noted that it would be counter-intuitive for the Commonwealth to resolve only some claims by way of release, leaving it open to further claims in future (other than the workers' compensation claim, which cannot be excluded by law).

While Justice Lee found that Ms Leach was genuine in her subjective belief that the deed of release would not prevent her from pursuing a claim for sexual harassment, Justice Lee determined that this subjective belief was not known by the Commonwealth representatives during the settlement negotiations, nor did it arise as a result of their conduct.

At a time when many employers are being confronted by current or former employees approaching the media in breach of confidentiality obligations (whether as part of their employment or pursuant to non-disclosure terms of settlement), this decision provides reassurance that employers are entitled to continue to rely on properly drafted deeds of releases in circumstances where there has been no departure from fair dealing in the negotiations of settlement.

However, it is important to be alive to circumstances or statements during negotiations which may indicate that the other party has misinterpreted the terms of the settlement and seek to correct that misinterpretation.

Further, it is critical to ensure thorough and contemporaneous documentation of communications with the other party, particularly when they are self-represented.