The NSW Health Care Complaints Commission (HCCC) has been successful in applying to the Civil and Administrative Tribunal (Tribunal) to find a psychologist guilty of unsatisfactory professional conduct in relation to commencing a friendship with a former client shortly after cessation of the clinical relationship. As a result, the psychologist was reprimanded and had mentoring conditions imposed on her registration.

Dr Toni Metelerkamp (Practitioner), a psychologist from NSW, consulted the Patient for 46 sessions between July 2013 and 10 April 2014. The patient was a former paramedic who had lodged a worker's compensation claim and received treatment for her PTSD.

In July 2014, following the conclusion of the clinical relationship, the Practitioner and Patient began seeing each other in a social context after a chance meeting at a café.

In October 2014, after receiving a lump sum payment from her worker's compensation claim, the Patient approached the Practitioner to gauge her interest in purchasing a joint investment property together. The Patient was not able to purchase a property with the lump sum alone and had insufficient income to justify the grant of a loan.

In early December 2014, the Patient and the Practitioner purchased a property for $900,000. The Patient invested a lump sum of $350,000 and they jointly borrowed $590,000. The understanding was that the $430,000 fixed-interest loan was to be serviced by the Practitioner and the $160,000 variable-rate loan by the Patient. The Patient kept records of all expenditure and it was intended that when the property was sold, each party would be given credit for all moneys paid and the net proceeds would be shared equally.

Due to difficulties leasing the property and increased renovation costs, the Practitioner and Patient jointly agreed to co-habit the property with their respective daughters, living in separate wings and sharing a communal kitchen.

The HCCC submitted that the Practitioner inappropriately commenced and maintained a personal relationship with the Patient in circumstances where:

The Practitioner and Patient gave evidence to the Tribunal that:

The Practitioner also provided a statement to the Tribunal expressing remorse and contrition, acknowledging amongst other things, that she misjudged the situation with the Patient and promised to never again engage in a relationship of any kind with a former patient. The Practitioner conceded that she was guilty of Unsatisfactory Professional Conduct but denied that she was guilty of Professional Misconduct.

The Tribunal concluded that the Practitioner was guilty of Unsatisfactory Professional Conduct but not of Professional Misconduct.

By entering into the social and financial relationships with the Patient at the time that she did, the Practitioner's conduct was significantly below the standard reasonably expected of a practitioner of an equivalent level of training or experience.

The Tribunal accepted the evidence of an expert called by the HCCC that:

The Tribunal emphasised that it is the potential for harm to the client that militates against the forming of any relationship between a practitioner and a former patient until an appropriate interval has passed.

The Tribunal also noted that the Australian Psychology Society Ltd (APS) Code of Ethics and Ethical Guidelines relating to the prohibition on sexual relationships. Although this section was irrelevant to the facts of this case, the Tribunal highlighted that the question of a patient's ongoing vulnerability and the risk of exploitation were relevant, and must apply generally to the circumstances of any relationship between a psychologist and a former patient.

The Tribunal commented that although the Practitioner had sought advice and consulted with a colleague before entering into the purchase of the property, the colleague lacked the relevant information (e.g. the nature and extent of the Patient's condition) in order to allow her to consider whether there was any ongoing vulnerability in entering into the arrangement.

In relation to the property transaction, the Tribunal was satisfied there was no evidence that the Practitioner had sought to take advantage of the Patient or that it was the initial intention of the parties to co-habit.

Factors relevant to the Tribunal's decision to not find the Practitioner guilty of Professional Misconduct included that:

(a) the Practitioner had attempted to discuss and consider the boundary issues involved (although insufficiently);

(b) the Practitioner had an otherwise unblemished record and there was no evidence of any deficiency in the professional services provided by her as a psychologist;

(c) there was every suggestion that the Practitioner attended properly and appropriately to all other aspects of her practice; and

(d) there was a disjunct between the Practitioner's character and the boundary violation that is the subject of these proceedings.

The Tribunal, taking into account the nature of the Practitioner's conduct, insight, and her remorse, made the following protective orders:

Lessons for the profession

The Practitioner in this case now has two notations against her name on the Australian Health Practitioner Regulation Agency's public register, indicating that the Practitioner has been reprimanded and detailing the mentoring condition imposed on her registration.

This case is a reminder for all psychologists, if considering commencing a personal friendship with a former client or entering a business transaction, to be vigilant as to the time period since the conclusion of the clinical relationship and the former client's ongoing vulnerability and the power imbalance/ risk of exploitation. Further, when seeking advice from a supervisor or peer in respect of a potential relationship or business transaction, the onus is on the individual to supply all relevant information, including the nature and extent of the client's psychiatric condition, to ensure that the peer is appropriately armed with all relevant information.

This case is also a timely reminder for all psychologists to ensure that they are familiar with the APS Code of Ethics and Ethical Guidelines. 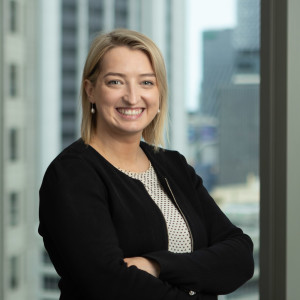