Suspension and investigation leading to termination. All within the implied right to issue lawful and reasonable directions?

In considering the breakdown of the employment relationship between a dental clinic operator, Railway & Transport Health Fund Ltd (RTHF), and one of its principal dentists, Dr Avenia, the Federal Court confirmed that the implied right of an employer to issue lawful and reasonable directions to employees will, in appropriate circumstances, extend to the suspension of employees and the conducting of investigations into allegations of misconduct in the absence of any express contractual right to do so.

Dr Avenia was an experienced dentist who had operated a practice in Brisbane since 1984. RTHF, a mutual not-for-profit health fund seeking to open a clinic in Brisbane, entered into an agreement to purchase Dr Avenia’s business. As part of the transaction, Dr Avenia would become an employee of RTHF in the role of Principal Dentist with responsibility for both the Brisbane clinic and another clinic in Surry Hills, Sydney. The transaction was recorded in an asset purchase agreement and in an employment contract commencing on 10 October 2016 (Employment Contract).

Unfortunately, Dr Avenia did not easily integrate into the RTHF business, and there were issues between him and other RTHF employees from the outset. Several of the employees at the clinic did not appreciate Dr Avenia's colourful language and “direct” communication style. By mid-January 2017, these issues had culminated in bullying and harassment complaints being made against Dr Avenia.

On 30 January 2017, RTHF met with Dr Avenia to inform him of the complaints. RTHF advised Dr Avenia that it was hoping that the problems would be able to be resolved, and that a formal investigation had not yet been commenced.

The following day, RTHF issued Dr Avenia with a letter suspending him on full pay (Suspension) and directing him to attend a further meeting to discuss the complaints with the CEO and Human Resources (Suspension Letter). The Suspension Letter suggested that Dr Avenia would be required to respond to allegations as part of a formal disciplinary investigation, which may lead to the termination of his employment. At this stage, Dr Avenia had not yet been provided with the details of the allegations against him.

Dr Avenia engaged legal representation, and on 2 February 2017, wrote a letter to RTHF in response to the Suspension. Dr Avenia accused RTHF of having decided to terminate his employment, insisted that he be afforded procedural fairness, and stated that he would not be in a position to attend the meeting on 3 February.

In response, RTHF directed Dr Avenia to attend a rescheduled meeting on 17 February, but before this could take place, Dr Avenia lodged an application with Australia Post to redirect mail from the Brisbane Clinic (Mail Redirection).

On 16 February 2017, Dr Avenia wrote to RTHF and stated that it was unreasonable for RTHF to require him to attend the meeting and demanded that RTHF provide him with particulars of the allegations which had been made against him. At trial, the Court described this letter as aggressive, confrontational, and containing "a large number of oppressive requests".

RTHF then directed Dr Avenia to attend a third meeting on 2 March 2017. In this response, RTHF made it clear that no decision had been made regarding the termination of Dr Avenia’s employment, and that the purpose of the meeting was to discuss the allegations and obtain Dr Avenia's preliminary responses, following which RTHF would decide how to progress the matter. Dr Avenia responded to RTHF again refusing to attend the meeting.

On 7 March 2017, RTHF sent Dr Avenia a letter asking him to “show cause” why his employment should not be terminated for serious misconduct (Show Cause Notice). The Show Cause Notice referred and relied upon Dr Avenia’s refusal to attend the three meetings as a failure to comply with lawful and reasonable directions of his employer, and alleged that his continual refusal to attend was a breach of the Employment Contract. The Show Cause Notice referred to the Mail Redirection (which it had been alerted to by Australia Post) as further evidence of Dr Avenia’s alleged serious misconduct.

The following day, Dr Avenia lodged proceedings against RTHF in the Federal Court alleging a breach of the general protections provisions of the Fair Work Act 2009 (Cth) (FW Act) and breach of the Employment Contract. As part of this, Dr Avenia obtained an interim injunction preventing RTHF from taking further alleged adverse action against him (including terminating his employment) pending the determination of the proceeding.

When the interim injunction was dissolved by the Court during the trial, RTHF terminated Dr Avenia's employment for serious misconduct.

There were a number of issues considered by the Court in an extensive judgment. Some of the key findings are summarised here.

Suspension as a lawful and reasonable direction

Dr Avenia claimed that the Suspension was unlawful adverse action and in breach of the Employment Contract, which did not provide RTHF with an express right to suspend Dr Avenia (with or without pay).

The Court held that the ability of RTHF to issue Dr Avenia with lawful and reasonable directions supported the existence of a common law right of suspension.

The Court considered that RTHF’s direction to Dr Avenia not to perform work for a specified period (i.e. the Suspension) was a “reasonable direction” in circumstances where RTHF had formed a bona fide view that it needed to enquire into or investigate allegations of inappropriate behaviour in order to provide a safe place of work for its staff. The Court held that this made the direction not to attend work reasonable in the circumstances, even though RTHF had not yet commenced a formal investigation. The Court noted that the suspension period could not be longer than was necessary to conclude the relevant enquiry or investigation, and could not be indefinite.

In this case, the Court was satisfied that the Suspension had met these requirements, and that therefore RTHF had acted lawfully in suspending Dr Avenia while it dealt with the allegations against him.

Dr Avenia also contended that RTHF had acted unlawfully in directing him to attend meetings regarding the allegations against him, including that RTHF had breached an implied contractual duty to undertake investigative and disciplinary processes fairly, and that it had breached an implied duty to exercise contractual powers in accordance with principles of procedural fairness.

The Court considered that these claims were better addressed as part of Dr Avenia’s claims that RTHF’s directions to participate in the investigation and attend the meetings were unreasonable.

The Court held that it was not reasonable for RTHF to direct Dr Avenia to attend the first meeting on 3 February 2017, as the Suspension Letter which had been issued to him on 31 January 2017 had not made it clear that the meeting was only a preliminary step before determining whether any formal investigation was needed. Accordingly, the Court found that Dr Avenia was justified in refusing to attend the initial meeting on 3 February 2017.

However, once RTHF had set the record straight in its 21 February 2017 letter, which made it clear that Dr Avenia would not be expected to provide a detailed response to the allegations at the meeting, the direction for him to attend the meeting became reasonable.

The result was that at least by 2 March 2017, Dr Avenia was refusing to comply with a lawful and reasonable direction, in breach of the Employment Contract.

Adverse action and other issues

The Court held that RTHF's actions were not motivated or influenced by Dr Avenia's exercise of his workplace right to make complaints or enquiries in his employment. The Court was satisfied that RTHF and its managers were motivated by the allegations made by employees and a desire to fix what RTHF considered to be a serious problem in the Brisbane clinic. Accordingly, Dr Avenia's claim that RTHF had engaged in unlawful adverse action against him was rejected.

Having found that Dr Avenia had refused to comply with a lawful and reasonable direction of his employer, the Court found that RTHF had grounds to terminate Dr Avenia's employment. The Court also found that the Mail Redirection constituted a breach of Dr Avenia's fidelity obligations under the Employment Contract.

The right to issue employees with lawful and reasonable directions is an important tool in managing allegations of misconduct. In appropriate circumstances, this right will enable an employer to suspend an employee (on full pay) in the absence of a written contractual right to do so. However, a direction not to attend work must be reasonable, considering the particular circumstances, including:

A suspension direction may be justified if, for example, the employer is concerned that the employee's ongoing presence in the workplace may present a risk to health and safety, or compromise an investigation process. In order to be reasonable in such circumstances, the suspension can be for no longer than is necessary to undertake and conclude the relevant inquiry or investigation process.

It is reasonable to take action to address allegations of inappropriate behaviour and to seek to discuss issues with employees.

The decision also demonstrates the importance of getting key correspondence right and the need for employers to exercise caution in using template or precedent documents. Such documents will almost always requiring updating to be “fit for purpose”, and this is particularly important for correspondence purporting to rely on the employer's express or implied contractual rights. In this case, the hastily drafted Suspension Letter undermined the process and potentially contributed to the escalation of issues beyond what was necessary or might otherwise have been the case.

Although the Avenia decision demonstrates that an employer's right to issue lawful and reasonable directions can be a powerful tool, it does not provide employers with an unfettered right to suspend employees pending a disciplinary investigation. The most effective means of ensuring that an employer has a right of suspension is to include a provision to this effect in the contract of employment. 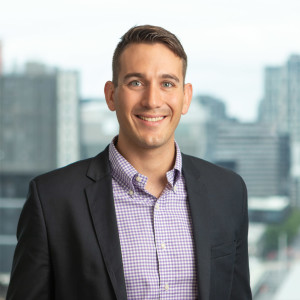