In the judgment of A B v Australian Capital Territory [2018] ACTSC 16, the Supreme Court of ACT found that Canberra Hospital (Hospital) had failed to take precautions to avoid the risk of one patient sexually assaulting another patient and ordered the Hospital to pay the victim $267,662.83 in damages.

On 20 December 2013, the 19-year-old plaintiff was admitted to the Emergency Medical Unit (EMU) at the Hospital suffering from Salmonella poisoning. Sometime after this, the male assailant was also admitted to EMU.

Early the next morning, the plaintiff awoke when the assailant began molesting her. The assailant was subsequently charged and pleaded guilty to sexual assault.

The assailant was known to the Hospital, having been previously admitted for self-harm including one occasion when he presented with a knife in his abdomen. There was a suspicion of schizophrenia and a history of alcohol abuse. Ambulance records showed he was aggressive at the scene and affected by alcohol. Upon admission, the assailant was heavily intoxicated, uncooperative, and verbally abusive towards staff.

The plaintiff suffered from Post-Traumatic Stress Disorder following the incident. She commenced proceedings against the Hospital in 2017, alleging that the assault only took place because the Hospital and its staff breached its duty of care to her. Specifically, it was asserted that the assailant should not have been placed in the same ward as her or, if there was no option, he should have been supervised and she should have had the means to summon nursing staff if anything untoward occurred.

There were two nurses stationed solely to EMU. Clinical notes show that a nurse had observed the plaintiff at 2:10am and 5:10am. Canberra Hospital relied upon the existence of a call button and the two observation sessions in support of its defence that it did not breach its duty of care to the plaintiff. The hospital also sought to rely upon section 110 of the Civil Law (Wrongs) Act 2002 (ACT) which relevantly states that the allocation of resources by public authority is not open to challenge.

Liability of the Hospital

Justice Elkaim opined that the Hospital’s negligence was clear1 and that liability "should probably have been admitted".2 He articulated the duty owed by the Hospital to the plaintiff was namely a duty "to ensure that she would be treated in a safe environment, free from foreseeable dangers".3 Breach of the duty could be established under section 43 of the Civil Law (Wrongs) Act 2002 (ACT):

"… the risk of a person who was drunk and behaving in the manner of Mr Southwell causing harm to another patient if not separated from the ward was foreseeable. The risk was clearly not insignificant and a reasonable person would have taken precautions to avoid the risk. Mr Southwell’s conduct from the very beginning raised a probability that harm might occur and that it could be serious…. in my view he should not have been admitted into the ward, or at least should have been removed as soon as his conduct, and in particular his misconduct, became prevalent. This was a very short time after his arrival".4

Justice Elkaim found that there was probably a buzzer attached to the bed or to the wall however the evidence from the two nurses did not satisfy him that it was brought to the attention of the plaintiff or that it was in a position where it was easily accessible from the plaintiff's bed.5

The Hospital's allocation of resources

Canberra Hospital's defence under s110 failed due to a lack of evidence about the hospital’s funding. There was no evidence that the assailant could not have been placed in a bed in a different ward or that there was a shortage of beds available.6

In addition, even if there had been evidence concerning resources, it was unlikely to have assisted the Hospital as the assailant "should not have been placed in the same ward as the plaintiff (as well as the other patients in the ward), absent the capacity to have close scrutiny of him or else an effective emergency response system".7

Damages awarded to the plaintiff

In awarding damages of $267,662.83, Justice Elkaim made a number of remarks on the heads of damage pursued by the plaintiff, two of which were of note:

(a) aggression, even if limited to verbal abuse and swearing, and what ought to be done if a patient continues to behave in an aggressive manner following a warning including:

(i) removal from a shared ward;

(ii) appropriate supervision if, due to staffing restraints or other resourcing issues, it is necessary to place an aggressive patient in the same room or in ward with other patients; and

(iii) other alternatives including the transfer of a patient to another facility or the involvement of other professionals (i.e. police) if a patient's behaviour cannot be appropriately managed. 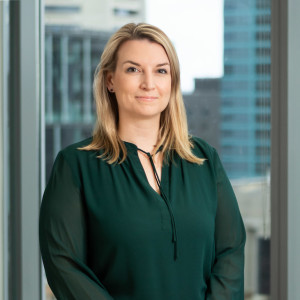