Director latest to be sentenced to imprisonment for gross negligence 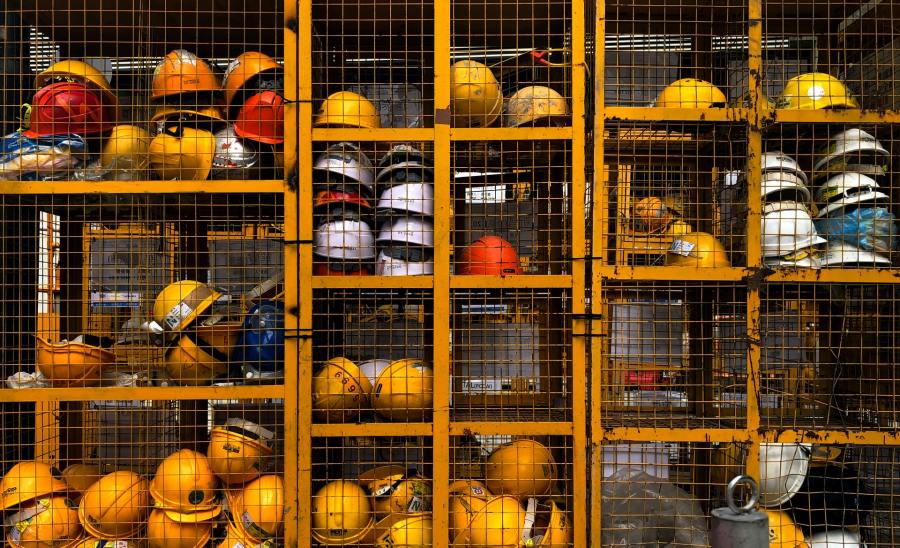 A director of a company in Western Australia has been the latest individual in Australia to be imprisoned as a result of safety offences involving or resulting in death. The sentence imposed on Mark Withers is the longest immediate term yet imposed in Australia for an offence of this nature.

The past few years has seen a number of officers in several states sentenced to imprisonment, or suspended terms of imprisonment, after being found guilty of reckless endangerment or gross negligence offences. With the number of jurisdictions that currently have, or propose to introduce, industrial manslaughter offences, we can expect an increase in the regularity with which officers are imprisoned for these offences, and lengthier terms to be imposed.

MT Sheds Pty Ltd (MT Sheds) and its sole director, Mark Withers, were convicted in the Esperance Magistrates' Court on 25 May 2021, for offences contrary to the Occupational Safety and Health Act 1984 (WA) (OSH Act).

The offences arose from an incident in March 2020 when two employees of MT Sheds were blown from the roof of a shed on which they were working in Beaumont. One of the workers fell nine metres to his death, whilst the other fell seven metres and sustained multiple severe injuries.

WorkSafe WA's investigation revealed that there was a failure to implement safety systems and to properly supervise the work. WorkSafe also alleged that despite having worked for MT Sheds for a period of three years, the surviving employee, Mr Pinchen, did not know how to use a safety harness.

It was also alleged that neither Mr Withers nor the two employees held the necessary high-risk licences to complete the work. Further, the deceased employee did not hold a mandatory construction induction training card.

MT Sheds was fined a total of $605,000 for the gross negligence offence and related offences under the OSH Regulations.

Mr Withers was convicted and sentenced to 26 months' imprisonment, of which he was required to immediately serve eight months, the remainder of which was suspended for a period of 18 months.

In a first for WorkSafe Victoria in December 2018, Maria Jackson, a 72-year-old owner of a scrap metal business in Foster was sentenced to six months' jail as a result of a fatal incident at her workplace.1 In February 2017 a worker fell from a metal bin he had been standing in, which was raised three metres off the ground on the tines of a forklift being operated by Ms Jackson. Tragically, the employee was struck and killed by the bin, which also fell from the tines. Ms Jackson was not licensed to operate a forklift. Further, it was found that no attempt had been made to secure the bin to the tines of the forklift. The LaTrobe Valley Magistrates Court fined Ms Jackson $10,000 for breaching her duty as a self-employed person contrary to s.24 of the Occupational Health and Safety Act (OHS Act) and also sentenced her to six months' imprisonment for recklessly endangering a person at a workplace (the first immediate term of imprisonment ever imposed under the OHS Act). Ms Jackson ultimately withdrew her appeal against the sentence.

In February 2019, company director, Gary Lavin was sentenced to 12 months' jail in Queensland as a result of a fatal incident at his workplace, which involved the death of a 62-year-old roofer, Mr Te Amo.2 The company, directed by Mr Lavin, Multi-Run Roofing Pty Ltd, performed building work. In Multi-Run’s quote for the construction of a roof at a factory, the work was described as including “supplying and installing of safety rail".

Notwithstanding the terms of the quotation, no safety rail was actually installed at the job. Instead, an alternative plan was adopted, namely by using harnesses which were attached to ropes secured to the ground and then secured to fixing points on the roof, and positioning scissor lifts as a barrier at the edge of the roof. It was not contemplated that all the workers on the factory roof would use harnesses all the time. Those doing work away from the edge would not wear a harness, as they were not in danger of falling off the roof. On 29 July 2014, Mr Te Amo was working on the roof of the factory. He had been working away from the edge and was not wearing a harness. At some stage he approached the edge, tripped in a gutter and fell off the roof. No scissor lift was positioned at the edge of the roof adjacent to where he fell. Mr Te Amo dropped almost six metres and died shortly after the accident. After a trial, Mr Lavin was found guilty of the offence of reckless endangerment and was sentenced to 12 months' jail, suspended after four months. The company was fined $1 million.

However, Mr Lavin's conviction was later set aside and a retrial was ordered by the Queensland Court of Appeal on the basis that the learned trial judge had misdirected the jury as to whether Mr Lavin had a "reasonable excuse".

In June 2020, Brisbane Auto Recycling Pty Ltd (BAR) and two of its directors were convicted of offences contrary to the Queensland Work Health and Safety Act 2011 (WHS Act) arising from an investigation of a fatal incident at BAR's workplace in 2019.3

The deceased worker, Barry Willis, was employed casually by BAR to collect customer cars using a tray truck. In May 2019, Mr Willis was killed when he was struck by a forklift being driven by an unlicensed forklift driver at the BAR yard.

BAR became the first entity to be convicted of the Queensland offence of industrial manslaughter, which had been introduced to the state WHS Act in 2017. The District Court imposed a fine of $3 million (out of a maximum of $10 million) on BAR in relation to this offence.

The directors of BAR, Mr Hussaini and Mr Karimi, both pleaded guilty to reckless endangerment offences contrary to the WHS Act. Importantly, the prosecution did not allege that the offending of Mr Hussaini and Mr Karimi caused the death of Mr Willis. Nonetheless, the Court found the offending of the directors was serious. There was no traffic management plan in place in BAR's workplace and the prospect of persons on site being struck by forklifts was very high and potentially catastrophic.

All of the cases to date have involved smaller companies engaged in higher risk works such as construction, mining and forklift operation.

Further, the officers charged with offences were very much "hands-on" and directly involved in the day-to-day activities of the companies.

In the majority of the cases referred to above, the failings of each individual officer directly contributed to the deaths of the people to whom duties were owed under the applicable safety laws.

These tragic cases highlight the importance for duty-holders and officers to be vigilant in the discharge of their duties, particularly where higher risk activities are being undertaken.

The cases also highlight the increasing custodial penalties that can be imposed on officers who fail to meet their duties either recklessly or in circumstances of gross negligence.

Lastly, the cases demonstrate the importance of officers and other duty-holders immediately obtaining specialist safety and criminal law advice in the aftermath of a fatal workplace incident.

If you are faced with a health and safety incident or industrial relations issue that needs urgent attention, our experienced team is available to assist 24 hours a day, 7 days a week.

Call 0411 111 000 to be immediately transferred to a senior Workplace Relations & Safety lawyer who will deal with your matter.